Background To The Camp

Almost 3000 refugees were living in atrocious conditions in the Basroch camp. Most of these migrants – mainly Kurds from Iraq – have been living for months in horrendus conditions in the boggy, rat-infested camp.  In January 2016 serious disease was starting to break out in the camp.

The Mayor of Grande Synthe, Damien Careme, announced that the camp would close and be replaced with a humanitarian reception centre. Médecins Sans Frontières were tasked with building the new centre and with the help of many volunteers opened “La Liniere” on 7th March 2016.

The Mayor has fought for the right to build the new camp against the wishes of the French government, which has refused to pay towards it.  Some €2.6 million (£2 million) of the €3.1 million required to build the camp was stumped up by MSF with the remainder coming from the local town hall.

“I’ve overcome a failure of the state,” he said, adding that he could no longer bear the sight of so many children living in such squalid conditions in the original camp.

The French government is unhappy with the new camp as it goes against its attempts to move refugees away from the northern coastal area and into around 100 centres around the country.

How Things Work In The La Liniere Camp 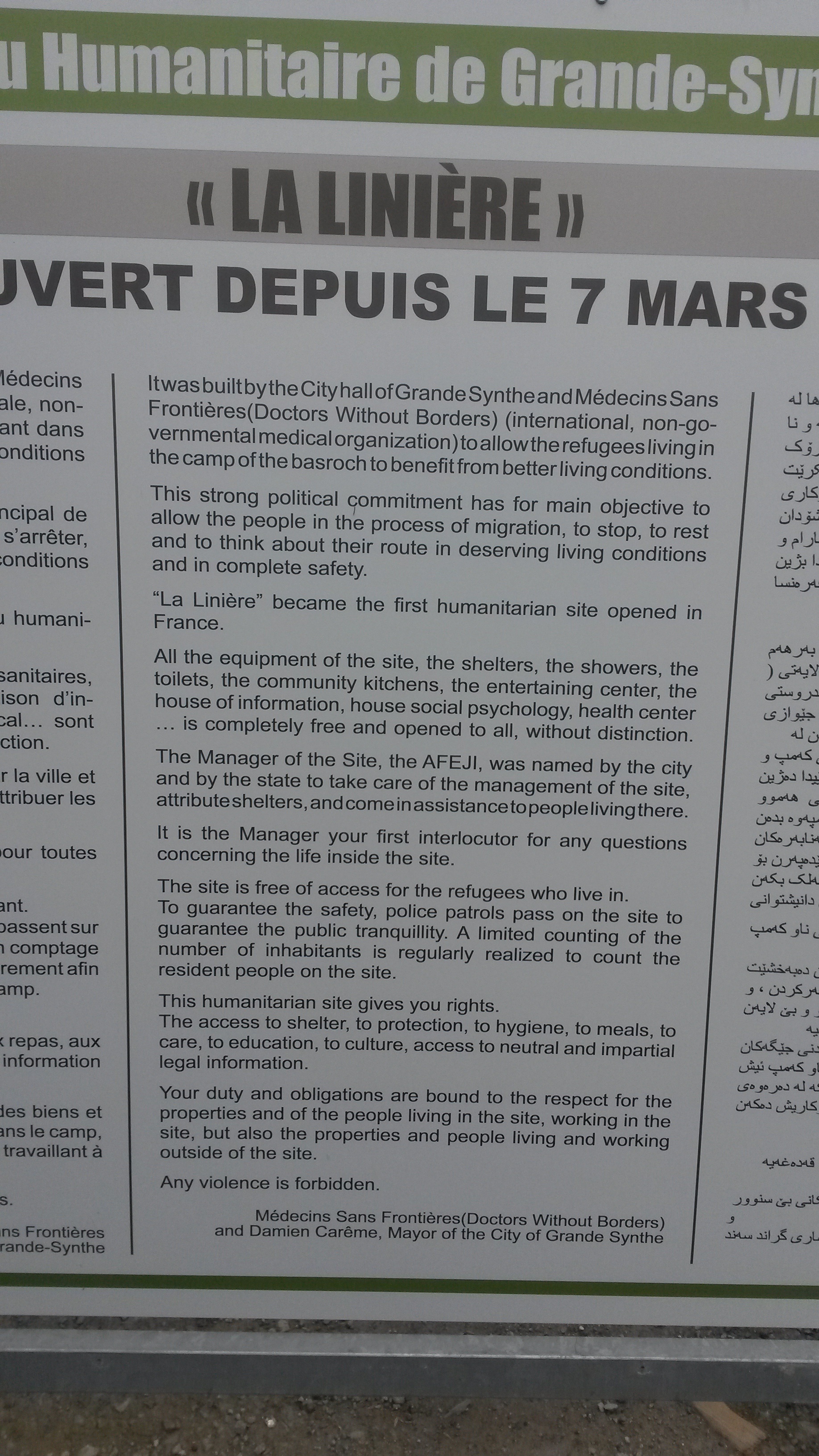 Initially, the camp was run by Utopia 56 but on May 30, 2016, the Interior Minister, Bernard Cazeneuve, and the Minister of Housing, Emmanuelle Cosse, on behalf of the French government, signed a tripartite agreement with the city, the association and Afeji – the new group given responsibility for running the camp.

All accredited associations are listed here.